This question came to us about the deep-mulching methods we use in the Sharing Gardens:

"I like the idea of the thick hay-bed, but as far as prep work, do you need to pull beds of grass up before laying it down, or will it kill off well established grasses?  For example, could you lay it down and then arrange and build beds the next year, or should you clear and arrange beds and then lay down the hay?"

The short answer is, if you have the luxury of waiting a year, you can lay the hay or straw down thick enough to choke out the majority of grasses or weeds below without tilling . If you're eager to begin using a garden area that has established grasses, you will have more success in the short-run if you till first. Here's how things have unfolded in our two garden plots:


The Alpine Garden - 2009 - Our friend Steve Rose subsoiled and then tilled the surface lawn to a depth of  8" with a heavy tractor. We mulched heavily 4" to 6" with whole flakes of hay and straw in the pathways throughout the growing season and bedded the gardens down with an equally heavy coating of leaves in the fall and early winter.

People warned us that mulching with hay would cause serious weed problems from the hay seeds falling into our garden beds and sprouting but this did not occur. The secret is in how deep the mulch is laid. With very deep mulch, weeds sprouting from the soil-level exhaust themselves before they can reach sunlight. Those that sprout in the mulch itself are very easily pulled out as their roots do not reach the soil below or, if lots of grass is sprouting, slip a pitch fork under the flake and turn it 'roots to the sun'.
In the second year we rototilled a few beds, but not the whole garden. We mulched heavily as in the first year.

We are now in our third spring. We will only be tilling in garden beds, not where paths will go. In some beds we aren't tilling at all. We have established a thriving worm population and don't wish to disturb their world. In places where they have eaten through all the mulch from last fall, the surface is noticeably covered with little mounds of their castings. In places you can see the tiny holes where they surfaced at night and returned to their subterranean domains each morning. As we transplant our spring crops, we disturb this eco-system as little as possible. We move the mulch aside enough to accommodate the plantings. In some cases pulling aside a whole swath of mulch, in other cases only exposing a hole big enough for the plant. The worms' tunnels provide easy pathways for roots to find their way, and they are filled with the worms' castings. Water and oxygen can make their way into the soil through these same pathways.

When we receive this year's hay donations we will begin the cycle again - heavily mulching the paths where we walk and, in many cases mulching in between the plants in the garden beds. If you have leaves to add in the spring, place them on the surface of the soil and cover with the hay or straw mulch. Walking on wet leaves can be very slippery.

Our garden plot in Monroe has a slightly different history. It was not tilled nearly as thoroughly in its first year (2010). We had a cold, wet spring and by the time the ground was dry enough to till, it was time to plant many of the crops that were becoming root-bound in their pots. Whereas Alpine was worked to a depth of maybe 8" to 10", Steve was only able to till down about 4" in Monroe. This resulted in a lot more weeds to deal with! Even though the paths were deeply mulched, we had lots of weeds coming up in the beds themselves. Still, we had a very productive first year.

Last fall we had enough hay to thickly mulch 3/4 of the 1/2 acre garden. These three quarters have only a few big weeds that made it through the winter. The other quarter which was left alone, is now covered in weeds. Our strategy this year is, in the 3/4 of heavily mulched garden, to simply pull the mulch away in a thin row and plant in the exposed soil so as to leave little room for weeds to take hold. Though the worm population is not as extensive as Alpine's, it is much better than last year. In the quarter that has extensive weeds we have dug out the most noxious and massive weeds (thistle and well-rooted grasses). We have also used a string-trimmer (weed-wacker) to cut the weeds/grasses to the ground level. We've decided to grow squash there this year which we will transplant as seedlings. We can prepare a separate mound for each squash, which gives them the advantages of a raised bed - the soil will be warmer in the mound from exposure to sun, and better drained. We will proceed with the heavy hay/straw mulching all around the mounds to give a dry, soft surface for the trailing vines. We feel confident that this will choke out the remaining weed-cover.

The Benefits of Deep Mulching 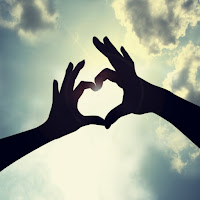 Posted by ShareInJoy at 5:19 PM