"Gardening for the Soul"

Here is an article written by Sarah Moser for the Tri-County Tribune and published January 12, 2011

When Chris Burns and Llyn Peabody, first moved to Monroe, they went for a walk in the park in Alpine. They started imagining what an ideal spot it would be for a garden. “It didn’t look like the park was being used for much and some of the buildings and benches were suffering from vandalism, so we mentioned it to some people at one of the pot lucks at the Alpine Community Center,” Chris said. “People were very supportive.”
In April of 2009, Chris and Llyn planted their first garden in Alpine. “The first year was a success; we grew enough food to share with our local food bank, and vandalism disappeared in the park. We realized we had the ability to expand much farther and there were a lot more people who wanted to get involved.” Llyn said.

So in 2010, they approached Chester Crowson, who owns land between the Monroe Food Bank at the United Methodist Church and the town's Grade School. “We told him what we wanted to do and he thought it was a great idea,” Chris said. “He gave us the use of a large shed for our tools, an area 110' x 170' for the garden and has supported us 100 percent. He even put in a new pump on the well and paid for the electricity to water the garden.”

The “Sharing Garden” is unlike most community gardens. “Instead of many separate plots, rented by individuals, the gardens are one large plot shared by all.” Llyn said. “We grow it all together. Anybody who has contributed in some way , or is in need, is free to harvest from the garden. No one is ever charged money for the food that is grown.” The entire surplus goes to the Monroe Food Bank and other charitable organizations. “All we ask is that people be sensitive to the fact that they not take more than their share,” chimed in Chris, “The gardens help us re-learn the values of sharing that we were all taught as children. If everyone gives what they can, and only takes what they need, there's enough to go around.”

In 2010, one of their biggest challenges was distributing all of the food they grew; it was quite a increase from the first year. “The first year we were generating a surplus of about a wheel barrow worth of food a week. ” Llyn said. Their entire operating budget was $1,230. In 2010, they spent $9,240 and were able to grow over 5,000 pounds of food. At the season's peak they were donating over 300 pounds of food per week. “This same organic produce, if bought at the store, would have cost almost $10,000 dollars.” Llyn said.

The expenses for the gardens are covered through gifts and grants. “In 2010, we received our largest support from Trust Management Services, of Oregon. They made it possible to expand the gardens and for us to receive a stipend as well.” said Llyn. Other grants came from two garden clubs in Corvallis, the Lions Club and private individuals. “People donate in other ways too,” Chris said. “The Alpine Community Center (a 501c3) played a major role in helping us secure the financial and community support we've needed to make this project a success. They have also included us under their insurance policy. People also donate tools, mulch and building materials; our project has been responsible for diverting literally tons of material from burn-piles and the landfill.”

There are anywhere between 125 and 200 families a month served by the Monroe Food Bank. The garden supplements the primarily boxed and canned foods these families receive.

“We really focus on the basics that we know people will eat,” Chris said. “We stay way from exotic foods, and grow the stuff you'd ordinarily find in the markets—things like tomatoes, squash, cucumbers, green beans, potatoes and lettuce.”

The volunteers are an essential aspect of the project. “We couldn't do it without them,” says Llyn. “They help us in every aspect of growing and harvesting the food. Last year we had people from all walks of life—children, families and older people who want to help out and learn about gardening.” Many of Chris and Llyn’s volunteers are people who hear about the garden while picking up food at the food bank. “Many of them are learning to garden and store food for the first time,” Chris added. “These skills give people a sense of security. What could be more important than learning how to grow your own food?”

This year they are also in the midst of building a 2,000 square-foot green house. Between the three gardens they will have roughly two thirds of an acre in cultivation. They will be able to start seeds a lot earlier with the green house; probably the middle of February. It will also extend the harvest season well into the fall. 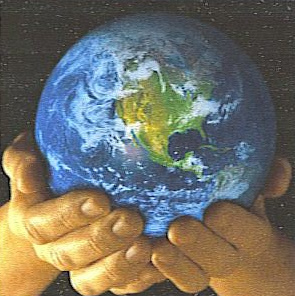 Not only do the “Sharing Gardens” feed people's bodies, but their hearts and minds as well.
“People feel inspired by what we're doing,” Llyn said, “Whether they're actually helping us in the garden, or just reading about it on our blog, this project gives people a good feeling inside. I love the feeling of being of service. It feels extremely meaningful to be feeding people. I was never a gardener before I met Chris and now I love to garden. What a miracle. It is absolutely amazing. You put this little seed in the ground and it can produce enough to feed dozens of people.” “You get out of it what you put in,” Chris said. “When you wake up each day you have something to look forward to. You know you are going to help people smile, and feel better about themselves, you know you are going to be outdoors getting some sunshine, you are working with living things and plants and seeds and there is a great satisfaction being close to the earth, helping people and eating good wholesome food.”
Posted by ShareInJoy at 1:44 PM